Praxid > Blog > Blog > The Link Between GERD and Anxiety 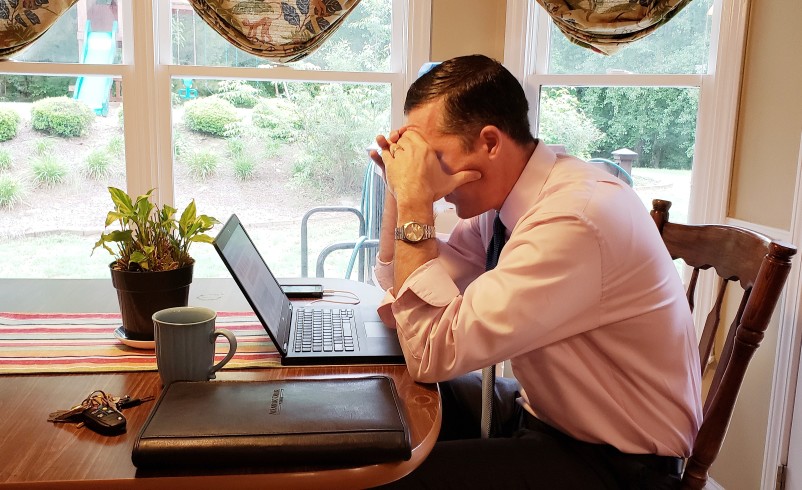 Whether it’s an occasional bout of heartburn before that big presentation at work or an upset stomach after a stressful day, many of us have suffered from the uncomfortable symptoms of Gastroesophageal reflux disease (GERD) at one point or another.

But do these physical symptoms only stem from a medical issue? Or is there a real connection between our gastrointestinal health and our emotions?

Gastroesophageal reflux disease (GERD), also known as acid reflux disease, occurs when acid from the stomach refluxes into the esophagus causing symptoms such as:

While occasional bouts of heartburn or acid indigestion is pretty common, if you have more frequent and severe symptoms, it may be diagnosed as GERD, which could lead to complications like a chronic cough, erosive esophagitis, and even esophageal cancer, if left untreated.

Research Suggests a Link Between Anxiety and GERD

Per the Mayo Clinic, common risk factors of GERD can include:

While anxiety is officially not listed as a cause of GERD, new research hasrevealed that people who suffered from anxietyhad a higher prevalence of GERD compared to those who didn’t. What’s more, not only was the rate of GERD higher in anxious people, but some studies have shown that those with both GERD and anxiety may have more frequent symptoms and more severe symptoms.

Though these new findings suggest that anxiety may play a role in the development of GERD and in worsening of symptoms, researchers aren’t entirely clear how or why these two conditions are linked.

One theory on the connection between GERD and mental health conditions, such as anxiety, could be that anxious people are more sensitive to physical symptoms, especially when it comes to GERD. Fernando Herbella, MD, a gastroenterologist at the Federal University of São Paulo in Brazil,explains in his research, “Patients with anxiety and depression or other mental health issues display a ‘hypervigilance’ or ‘hypersensitivity’ to pain sensations.”

Whether or not anxiety can cause GERD is still up in the air, however, the new research on the possible link may cloud the diagnosis and treatment of GERD. “The biggest point is that clinicians can’t rely on patient-reported symptoms to diagnose GERD,” Dr. Herbella continues. “And they certainly shouldn’t skip right ahead to treatment just because a patient is raising complaints. Always look for objective physiological measures before making a diagnosis.”